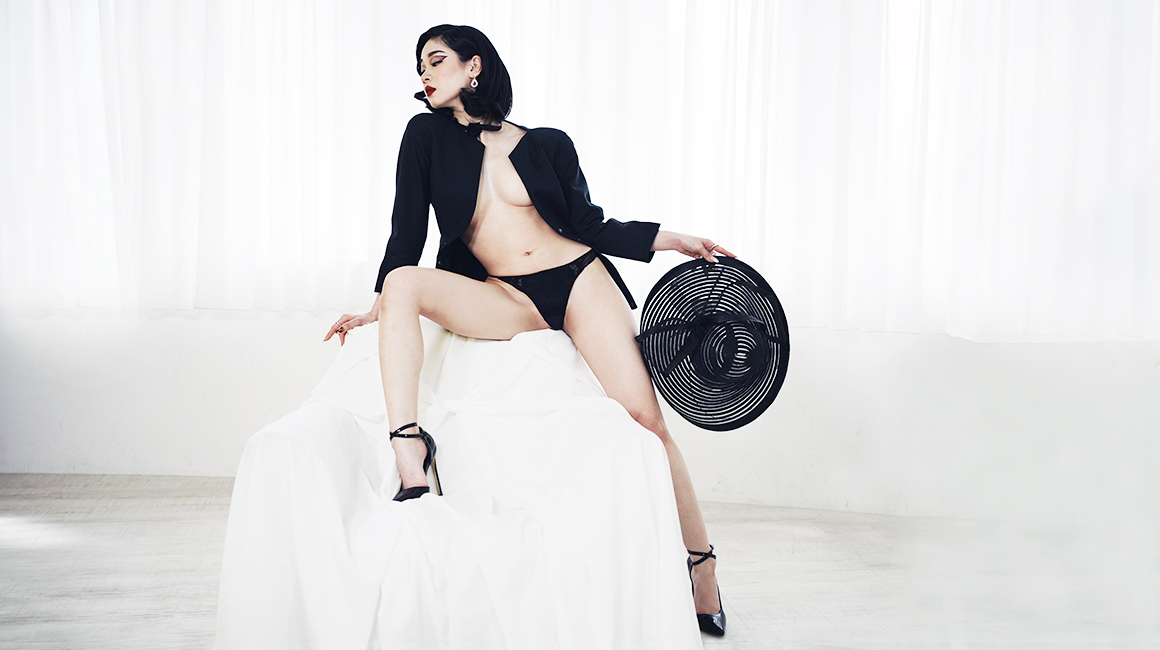 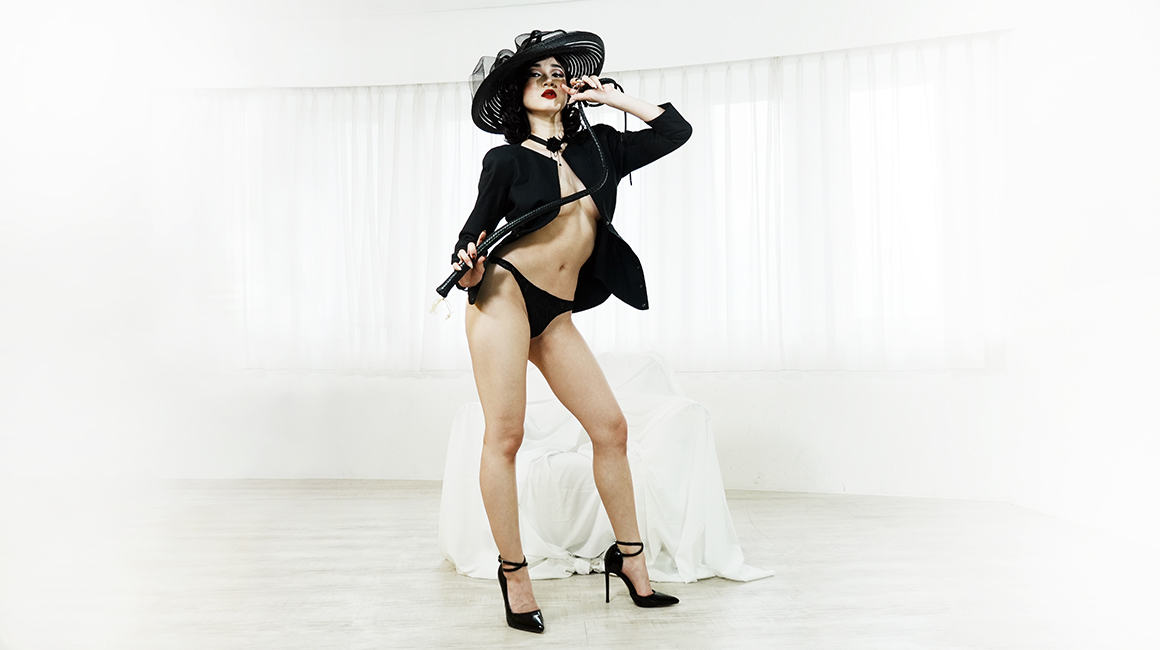 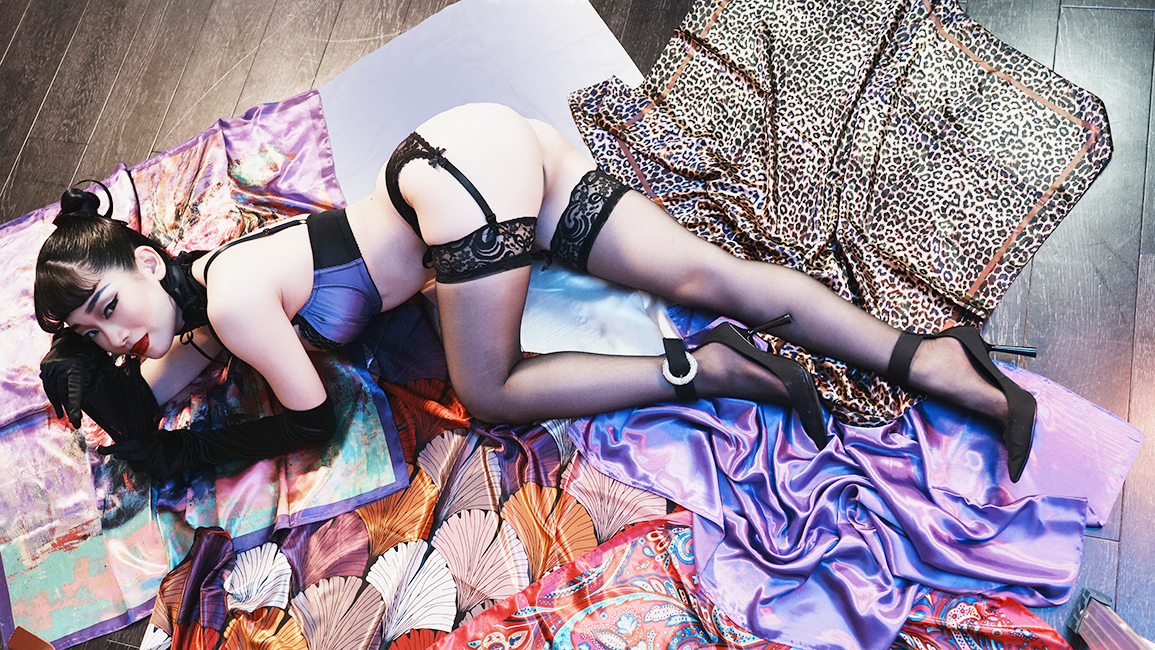 It is always this world that fills the void in my life, and I have decided to live in this world, knowing that I will never be fully filled. Those of us who are considered minorities by the rest of the world must have huddled together and gathered here as if we were being sucked in.

Here, there are those who depend on us, and there are those who kick us away. Turning from the ordinary world, it is always you, who is on the opposite side, who brings out the other me. It allows me to touch you mercilessly and drag you into the deep swamp. How indulgent and precious it is. This poison, this nectar, flows through my body as blood.

When I see someone like you coming to my feet, excited, expectant, and frightened, my unspoken instincts overpower my rational mind, turning my brain reddish-black and numb. I wonder if it is the same for me, being controlled by this world. Even if so, I don't feel bad. I want to dive with you to the point of no return, and have a journey.

If you come to me for something, I want to gently touch the core of your being. Is it pleasure or pain, shame or emotion? It's interesting because the moment I catch a glimpse of the emotions that are born out of whatever is there, I can feel the real you. I can be surprised by the unexpected way of you revealing yourself.

Because of this, the chemistry that occurs between you and I doesn't give me a tangible answer, and I feel love for what I finally see even if it is distorted. I have the capacity to accept it, even if I can't understand everything, .

What attracts you to come here? I want to have many conversations and sessions with you, and I want you to tell me many things. It's fine if I'm the only one walking, but if you're unsure of yourself, I'll match your steps and pull the lead. I'll leave it up to you to decide whether you see this as gentle or as a time-consuming preparation for destruction.

What do you focus or value most in your session?

First of all, I need to make it clear to each other what we like/don't like before I can be fully euphoric.

Then I name the slave for full immersion. You'll be glad I did! And so that we can grow together more from where we are, I try to keep my observation antenna up. I also keep things interesting so that we don't repeat the same thing over and over again (partly because I'm easily to be bored). If I don't enjoy myself, we won't be satisfied with each other, and we won't feel a sense of accomplishment afterwards.

Lastly, an important thing. I think I need to study human anatomy, so I'm starting to learn it. Since I enjoy hard plays , I think this is the path I should take. I should always make an effort to become a domina you will be willing to dedicate your mind and body. I will do my best!

The book is a manga, but from "Inosan".

The movie is "The Assassin 1". Inosan is a story about Charles, a dark figure in the French Revolution, and his family (a family of executioners), and the expressions of execution, torture, and dissection are beautifully drawn. I'm sure Inosan is one of them. In the manga, Inosan must have aroused my desire for torture and human experimentation. (↑I have a habit of saying "worst" every time I see some of his lines)

Secondly, the movie "Killer 1" is a twisted story of S and M, if I may be so bold. The first time I saw it, I couldn't accept it, but it became a habit. In the movie,

I want to play in this place! What's your ideal dungeon?

A church is my ideal dungeon because I want to play while feeling immorality itself. It's an unholy act to be promiscuous in front of God, but I would like to force the slave to expose their sinful spirit, which takes pleasure in such shame and deviation from morality, in its entirety, and have it offer up its bizarre abominations at the feet of God and Hibari-sama. An act of deception against God? I'm not sure about that, maybe God could be affected by the affliction.

First of all, in the confessional, I'll ask them about their past deeds and sexual habits, but instead of just asking, they will have toys fixed on to every possible sexual point and leave them there. They will never allowed to climax, so their voice will grow louder and louder as they try to beg for forgiveness. Nothing decisive would make your mind and body fall apart; but they are gradually consumed by the pleasure. I can picture them screaming out, 'Please forgive me,' without even knowing it themselves. So, instead of forgiving them, I have to punish them with an experiment to see if they will return to being a normal person or if they will continue to distort.

Before that, I'll first have them become a cleaning slave, wearing a leather face restraint with a broom, and sweeping the whole church. Maybe the naughty sisters will grab the waist of the sinner who is crawling and sweeping and start forcibly fucking their hole. But listen carefully, Sinners. Here, accept such violation as punishment. Not only that, since the sisters are servants of God, their hearts of mercy may work and they may not be able to stand to see a pervert like you and come to forcefully cleanse you with holy water. Humiliation? No, it's a blessing. Oh, and make sure you clean up that soaking wet floor.

After that, I was bound to the main altar with a rope, and then flogged while the Bible was read aloud. You have to read the Bible out loud. If you can't, you'll have to pick up a candlestick and drip wax on it. I'm sure your voice will sound like a pipe organ. But in church, please be quiet.

And instead of crucifying him like Christ, we'll tie them to a majestic, ornate chandelier, if there is one. The ceiling will be so high that I'm sure they will be so frightened and shit their pants. If they did, it would only add to their sins, and they would not be forgiven. In front of all the other worshippers, they would continue to be gawked at in all their ugliness, illuminated by the light of the stained glass windows. No matter what, their faces would look down, and they would have to look us in the eye, which we would enjoy watching, and they would have to look at us with a sneering expression. If that's still unbearably exciting to them, they will end up in a coffin mummified, surrounded by a bunch of people who will destroy their sexuality. The women and men would crowd around and play with the body of one sinner and correct them in person.

By the way, as you may have noticed, this extremely licentious expression was influenced by Marquis de Sade's "Sodom and Gomorrah". Perhaps because I was influenced by the character, the Duke's brother, the Bishop, I wanted to make a dungeon out of a church. The above is from Sister Hibari.

What kind of play is hard play for you?

It is not only the pain, and suffering inflicted on the body that is hard, but even a single word can weigh heavily on the masochist. Among these, I think that the so-called "hard play" is the play that crosses the borderline of both physical and mental. This is the first thought that came to mind.

But, for example, one day, a person who thinks that he or she can only do "soft" did harder than usual. And we both get a sense of accomplishment. However, I don't think that's the end of the story. You may start to get used to the hard thing. ...... Is it really that hard?

In order to escape from such a familiar feeling, I need to bring out more of their "instincts." This is the second thought. It would be a shame if such fresh sensations that make us instinctively want to escape, or that we suddenly remember over and over again like a trauma, are eliminated by habituation. So here's a question for you. Is that all the perversion you are aware of now? There may come a day in the course of a session when something that lies dormant in the depths of your being, that you are not even aware of yet, will be brought out. I'm here to tell you that the possibilities are endless.

By the way, the most important thing to remember is that a human-like fight that we become instinctive is only possible when a relationship of trust is built between the two parties, and I believe that BDSM is about letting people walk one step at a time. If you prefer hard, you can do it with each other. Anyway, if you like to play hard, I think it's up to us to keep updating the quality of each other's capacity, and how you can bring out the instincts that lie deep inside, or make them come out. I like to play hard.

what would you like to do when things(the COVID-19) are back to normal?

But what if it's finally over? What will happen to the masochist who is told to wait, drooling, in front of the food? I'm sure I'll be ruthlessly carving a hot session in front of them. I want to hunt them down, and devour them without stopping even if they becomes a masochist of joy or a crier of pain. So let's both be quiet for now.

And since there's nothing to do outside these days, I've been going to designer hotels with my friends and bringing tons of costumes and props to shoot and play with! (We did a shoot at the hotel in Miyashita Park the other day.) Now I'm also talking about shooting bondage at a Japanese-style hotel, so I'm creating a time that can be satysfying without going out. Also, if I can, I'd like to travel to Tohoku and Kansai and drink at BDSM bars all over the country! It would be nice to compare sake from all over Japan....... I'm looking forward to the day when I can take a walk with my slave and enjoy a relaxing drink.