A licensed adult entertainment business, operating in accordance with the law.Please watch out for unlicensed buisinesses, those are illegal. 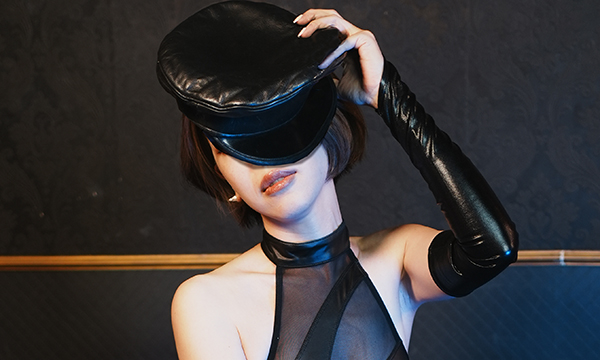 EMMA
(newface)Domina Emma is tall (169cm), slender, with a small face, a perfect model beauty. She has also appeared on the cover of a certain free magazine. She is an eye-catching and cool lady, but soft-spoken and you will find her easy to talk to. 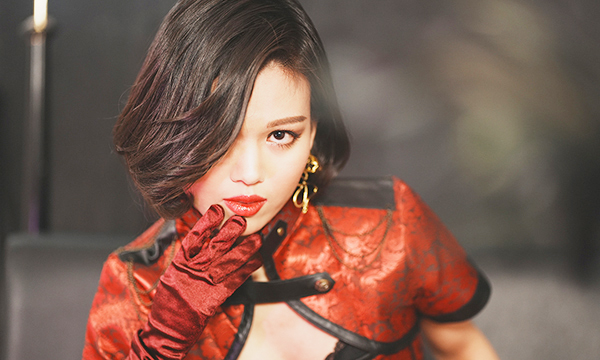 KOTOKO
English speaker/The college girl domina with no previous experiences. At first glance, she looks innocent, but she is unexpectedly active and loves sports. 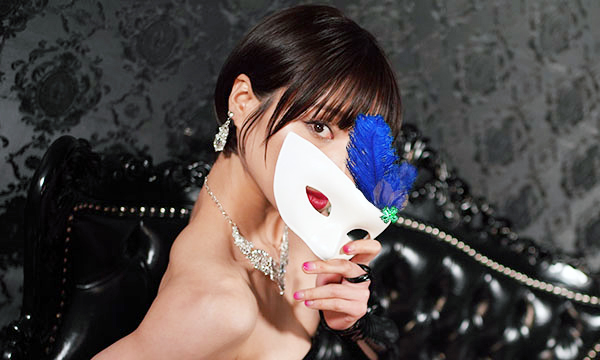 NANAKO
English speaker/Domina Nanako is an intelligent beauty with a well-trained slender body, full bust, and big eyes. An elite female office worker who graduated from a prestigious university, is also a domina who will dazzle you with her fine eroticism. 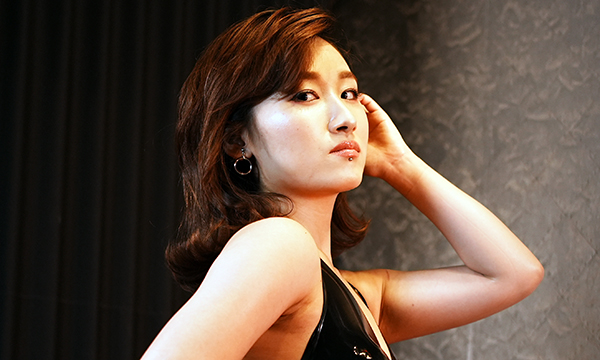 AOI
(newface)English speaker/Domina Aoi is 22 years old, freshly graduated from college. She is gorgeous without makeup, which is only possible when you are young. We look forward to seeing her become more sophisticated. 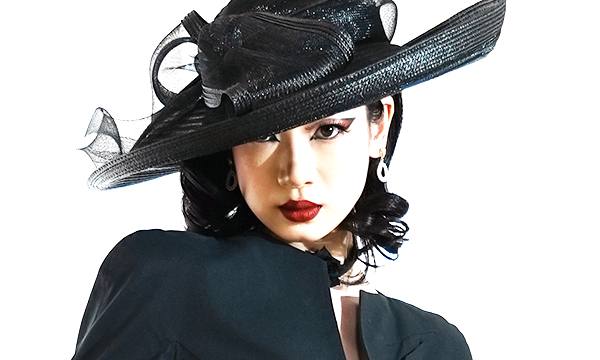 HIBARI
Domina Hibari is a pretty lady in her early twenties. 160cm tall and her toned body is the result of her regular training. She is a healthy beauty with short hair, and her fair skin is refreshing. 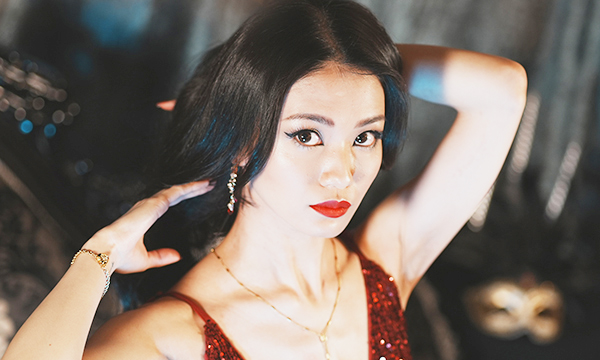 MIA
(newface)"So pretty!" That's what everyone says the moment they saw her, but she is never childlike. It suddenly hit me when I saw a ruthless glow from her strong and glossy eyes. But usually, she seems to keep that "weapon" hidden deep inside. 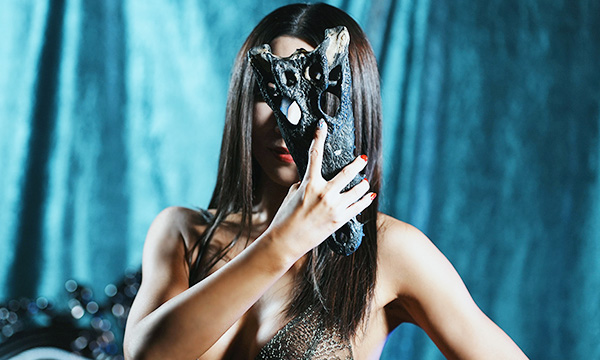 TOWA
A gorgeous beauty with clear eyes and a fierce cat-like features. She has a sensual body and well-shaped, round hips, which is unusual for a Japanese female. Her looks may give you a passionate impression, but inside she's as mysterious and elusive as water. 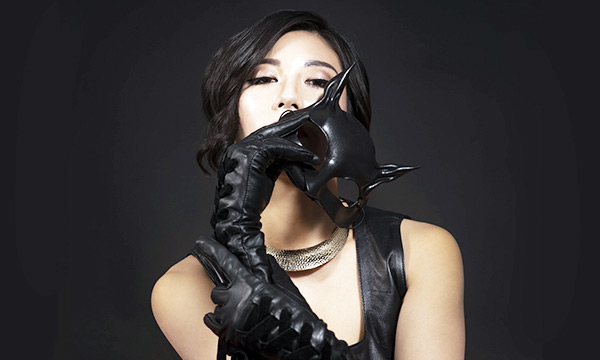 IRIS
English speaker/Domina Iris is back! Soon after her return, she has been happily reunited with the members. A well-built muscular body with tan, and a healthy figure reminiscent of a scorching sun. In addition to that, the femininity has increased. 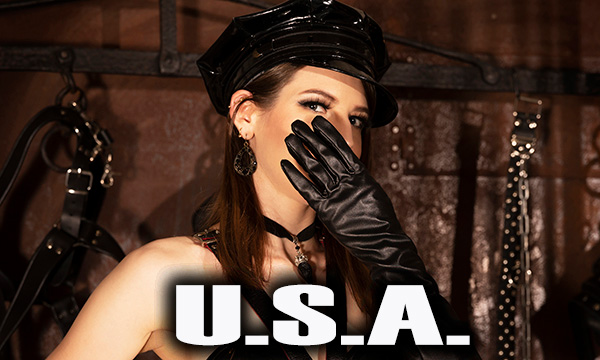 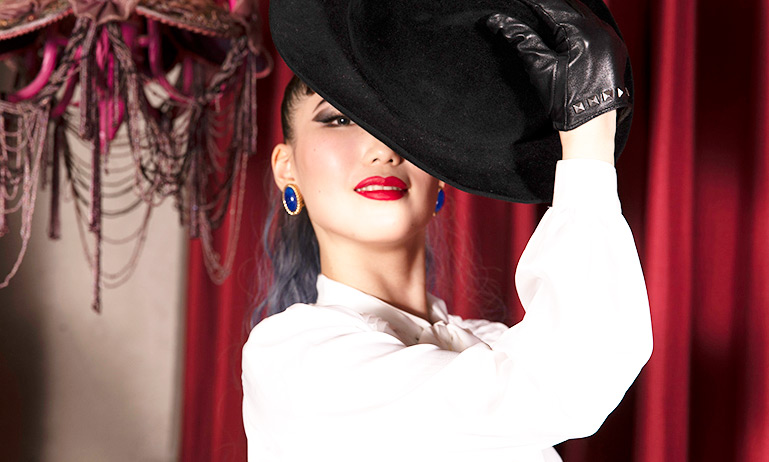 JUN
22 year-old with cool eyes, shiny beautiful skin and glamourous body. As a former nurse, she is always calm. She has a good understanding. She will surely become an interesting domina, as she will do what she did in the hospital to the slaves. 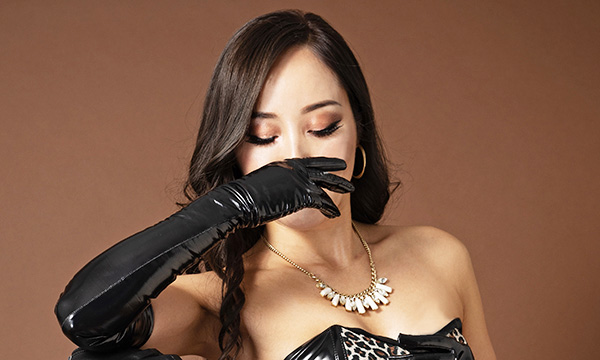 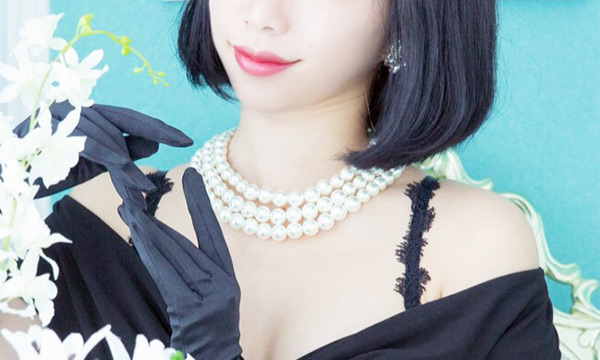 SAKURAKO
A neat girl who just turned 20. She is a beauty with a balanced figure. She is like a member of Japanese idol unit "Nogizaka46." But she can be girly-bewitching when she puts a read lipstick on. 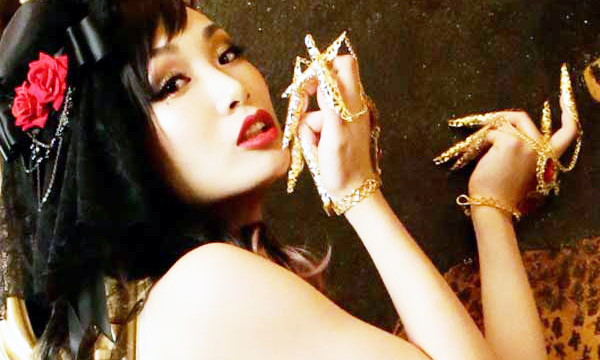 TOHKA
Welcome to Tohka's wonderland. Without make-up, she is a very cute girl and even look like a teenager. But she look very sexy and mature when she use red lipstick and put make-up on. You never get bored being with her as she has rich facial expressions. 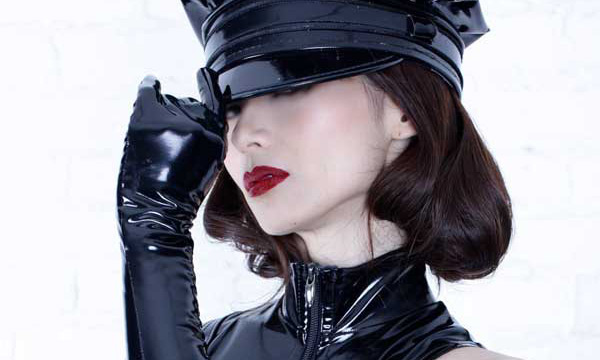 NARUMI
A domina who has graceful cuteness just as if jumped out from Japanese Animation World. Her voice is very lovely too. How would you like verbal abuse or story play with her She is entirely very pretty. Her face and white skin is very beautiful. 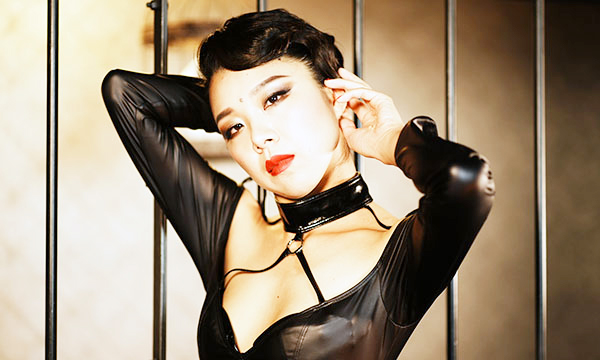 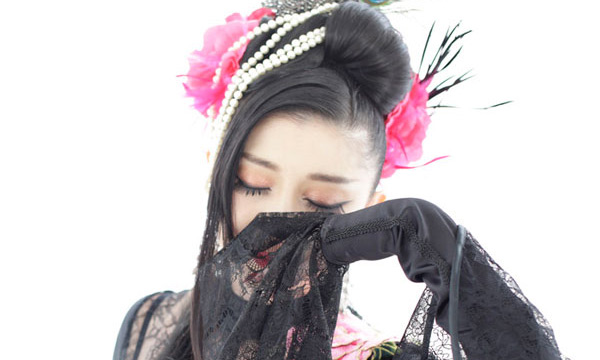 SHINJU
We don't even need to explain, when it comes to a elegant, gorgeous and beautiful domina; it is her. In 2015, it has been 13 years since she joined La Siora, and she established solid popularity and skills. 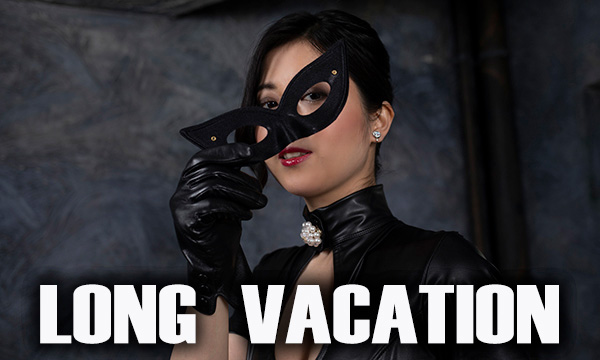 NINA
(comeback)English speaker/This is the return of the very popular domina. Inquiries have been coming in since the day it was announced.

The name LA SIORA was derived from ...

February 1997. The interval between winter and spring, I was in "Venezia",City of Water. 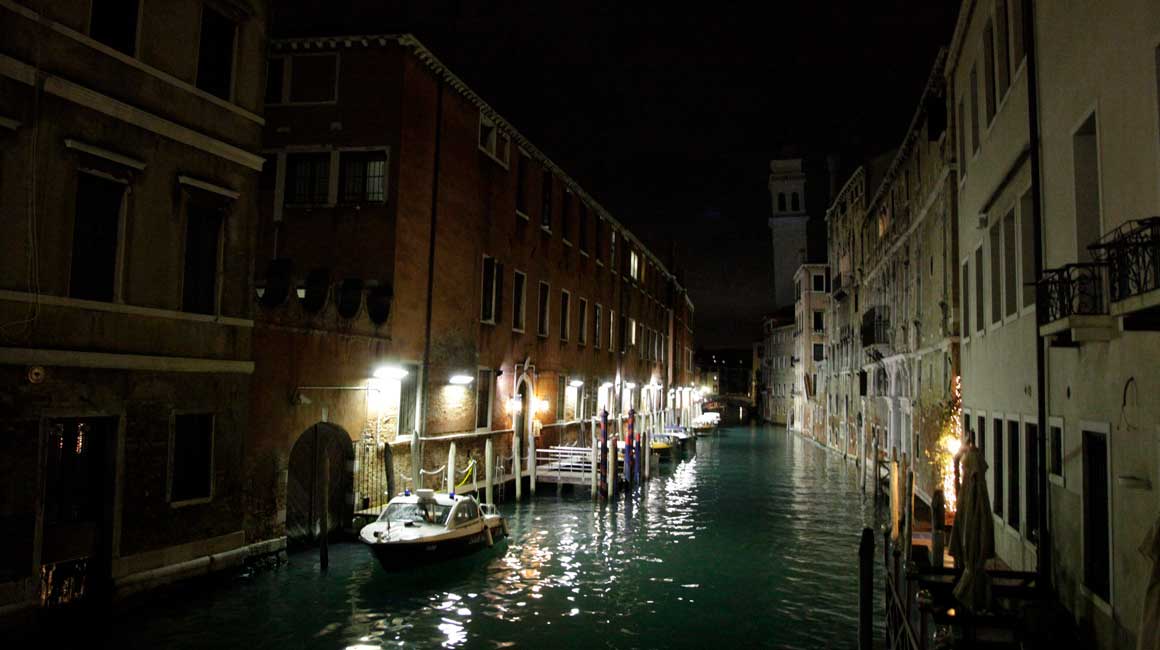 February 1997. In the season between winter and spring,

I was in Venice, Italy. The city of water. In a hotel in Venice. It's winter, but I woke up sweaty. Two other people in my room, domina "R"and slave "Dog," were asleep. I told the dog to keep the window open, but he must have forgot. Darkness was in front of me when I opened the window. As my eyes got used to the darkness, I could somehow see the silhouette of a church, river, and reflections of the light, all in silence. It was 2 o'clock in the evening.

As I tried to sleep again, I heard a knock on the door. This late? I opened the door with a doubt in my head. No one was in there. After the same thing repeated several times, I decided to stay and guard at the door.The moment I heard the knock, I opened the door and came into the long corridor with red carpet. I did the same thing a couple of times. But still, no one was out there.

I was fully awake by then. There was no place the suspect can hide in the corridor. The dog started to growl in sweat. At the same time, R woke up.

R was sitting on the bed, said nothing. She fell back asleep. All of a sudden, the air in the room became dark. There were voices coming out of the wall, and a couple, a man and a woman, emerged. The lady dressed in a princess-line dress, holding a fan in her hand. The man was in a jacket and hat, both are made with the same woven patterned fabric. They looked at each other, smiling, and walked out to the wall on the other side of the room. They were graceful, I did not feel any fear.

Once they are gone, the air became heavy. The next guest wore a white mask and a deep red cape. He/she looked like a picture from a postcard of a Carnaval. The person walked slowly, and gone to the wall on the other side. When he/she is gone, I heard a subtle sound. It became louder and louder, so I could hear it clearly.

I wrote down the word. The day breaks without a sleep.

I was visiting Venice to see my friend named "M." In the next morning, he picked us up to take us to show us around. I asked him if he knows the word "La Siora."

I was surprised to know the word actually exists, and told M all about the previous night. According to him, many people experience mysterious things in Venice.

"Congratulations, Rie! That's wonderful! Venice gave you a guarantee that you are a true queen!"
"Why?"
"It's an old word in Venice, which was used to address a lady reverentially. In English, it's like "The Mistress."

I accepted the word with a gratefulness. I was on to a travel as I couldn't come up with a good name for a new club I was producing.

A gift from ancient Venice, and a timeless word. "La Siora."